Our Representative will Pick you up from Haridwar. Drive to Barkot. Visit en Route Kempty Falls at Mussoorie. The Kempty Falls are situated on the hilly tracks of Uttarakhand, India, 13 km from Mussoorie on the Chakrata Road. It is nearly 1364 meters above sea level, at 78°-02’East longitude and 30° -29’North latitude. Dinner & overnight Stay at Barkot.

Approx. charges for Pony: - Rs. 1500 - 2500/- Per Person Approx. charges for Doli : - Rs. 2000 - 3000/- Per Person After Breakfast Drive to Hanuman Chatti, from here you have to take local jeeps for Janki chatti (It helps to reduce the trek upto 7 kms), trek start from here to Yamunotri (6kms). Either by walk or by horse or by Doli at own cost. Arr. Yamunotri, One can cook rice by packing it in a cloth and dipping it in the hot water of the hot kund. Pilgrims take this cooked rice home as ``Prasad``. Here near the temple ``Pooja`` can be offered to Divya Shila. After taking bath in Jamunabai Kund's warm water and having ``Darshan`` of pious ``Yamuna ji`` return to Hanuman chatti. Later drive back to to Barkot. Dinner & Overnight Stay at Barkot. Hanuman Chatti : The confluence of Hanuman Ganga & Yamuna River. Yamunotri Temple : Maharani Gularia of Jaipur built the temple in the 19th Century. It was destroyed twice in the present century and rebuilt again. Surya Kund : There are a Number of thermal springs in the vicinity of the temple, which flows into numerous pools. The most important of these is Surya Kund. Divya Shila : A rock pillar, worshiped before entering the Yamunotri Temple.

After Breakfast, check out from Hotel and Drive to Uttarkashi. Check in to the Hotel. Dinner & Overnight Stay at Uttarkashi or Netala. Uttarkashi, meaning Kashi of the north, is a town in Uttarakhand, India. It is the district headquarters of Uttarkashi district. Uttarkashi is situated on the banks of river Bhagirathi at an altitude of 1158 m above sea level.

After Breakfast We proceed to Gangotri (3048 mts), en route we enjoy picturesque Harsil village, Bhagirathi River and the most magnificent view of the Himalayas . After Gangotri Darshan we return to Uttarkashi. overnight stay at Uttarkashi. Gangotri Temple : The temple, constructed by the Gorkha General Amar Singh Thapa in the 18th Century, is situated on the right bank of Bhagirathi. Submerged Shivling : Submerged in the river, this natural rock Shivling is the place where, according to mythology Lord Shiva sat when he received the Ganga in his matted lock. It is visible in winter months when water level decreases. Kedar Ganga Sangam : Around 100 Yards from the Ganga Temple flows the river Kedar Ganga. Starting from the Kedar Valley , this river meets the Bhagirathi on its left bank.

After Breakfast Drive to Sitapur Dinner & overnight Stay at Sitapur/Guptkashi

Approx. charges for Pony: - Rs. 2200 - 3200/- Per Person Approx. charges for Doli : - Rs. 3000 - 4000/- Per Person Approx. charges for Helicopter Rs. 9500/- per person After Morning Breakfast drive to Gaurikund, Trekking starts from Gaurikund to Kedarnath (3584 mts) on foot or by pony / Doli. Tour members should carry personal medicines, heavy woolens, toiletries and clothes etc. Dinner & overnight Stay at Joshimath/Pipalkoti. Gaurikund : At a distance of 5 kms from Sonprayag and at an altitude of 1982 meters, one can take bath in the hot water pond here and visit the Gauri Temple . This is the place where Goddess Parvathi meditated to Lord Shiva. It is the base for a trek to Kedarnath. Kedarnath : The Kedarnath shrine, one of the 12 jyotirlingas of Lord Shiva, is a scenic spot situated, against the backdrop of the majestic Kedarnath range. Kedarnath is another name of Lord Shiva, the protector and the destroyer. According to legend, the Pandavas after having won over the Kaurava in the Kurukshetra war, felt guilty of having killed their own brothers and sought the blessings of Lord Shiva for redemption. He eluded them repeatedly and while fleeing took refuge at Kedarnath in the form of a bull. On being followed he dived into the ground, leaving his hump on the surface. The remaining portions of Lord Shiva appeared at four other places and are worshipped there as his manifestations. The arms appeared at Tungnath, the face at Rudranath, the belly at Madhmaheshwar and his locks (hair) with head at Kalpeshwar. Kedarnath and the four above mentioned shrines are treated as Panch Kedar. Shankaracharya Samadhi: The Samadhi of Adi Guru Shankaracharya is located just behind the Kedarnath temple. It is said that after establishing four sacred Dhams in India, he went into his Samadhi at an early age of 32 years. Bhaironath temple: About half a kilometer away from Kedarnathji, a small temple is dedicated to Bhaironath. It is worshipped on the opening and closing day of Sri Kedarnath Shrine. It is believed that when Kedarnathji temple is closed, Bhaironathji protects this land from evil. Rituals & Activities : Visit Guptkashi,Gaurikund , Snan in Tapt Kund at Gauri Kund and Darshan of Gauri Ganesh Temple & get blessing of Ganesha and start the trek of kedarnath Ji. Evening Aarti Darshan of Kedarnath Ji , Darshan of Aadi Guru Shankracharya , Darshan of Udar Kund & Bambam Kund , Pitra Kund . Chance to meet Gurus and Sadhus meditating for long time in Kedarnath. Darshan of Rama cave (Gufa).

After Breakfast Drive to Badrinath via Joshimath. Check in Hotel. Later at evening visit Badrinath Temple for Aarti. Dinner & Overnight stay at joshimath/Badrinath. Badrinath one of the ``Four Dhams`` is one of the most celebrated pilgrimage spots of the country and is situated at an elevation of 3,133 meters, guarded on either side by the two mountain ranges known as Nar & Narayan with the towering Neelkanth Peak providing a splendid backdrop. This revered spot was once carpeted with wild berries. Thus the place got the name ``Badri van``, meaning ``forest of berries``. Tapt Kund : Natural thermal springs on the bank of the river Alaknanda, where it is customary to bathe before entering the Badrinath temple. Narad Kund : A recess in the river, near Tapt Kund, forming a pool from where the Badrinath idol was recovered. Brahama Kapal : A flat platform on the bank of river Alaknanda. Hindus perform proppitiating rites for their deceased ancestors. Sheshnetra : 1.5kms. away is a boulder having an impression of the legendary serpent, better known as the Sheshnag's eye. Charanpaduka : 3kms. away is a beautiful meadow where the footprint of Lord Vishnu is seen on a boulder. Mata Murty Temple : Devoted to the mother of Sri Badrinathji. Other important temples include Sesh Netra Temple , Urvashi Temple and Charanpaduka. Vasundhara : As the name suggests, vasundhara is a magnificent water fall. This place is 5 kms. from Badrinath out of which 2 kms. is motorable upto Mana. Bhim Pul : On the other side of Mana village, a massive rock forming a natural bridge, lies over the roaring Saraswati river. It presents a spectacular view of water thundering down through the narrow passage under the rock and is believed to have been placed there by Bhim, the second eldest among the five Pandava brothers. Vyas Gufa (cave) : Near Mana Village, this is a rock-cave where Ved Vyas is believed to have composed the Mahabharata and the pauranic commentaries.

A HOLY TOUR TO VARANASI-INDIA 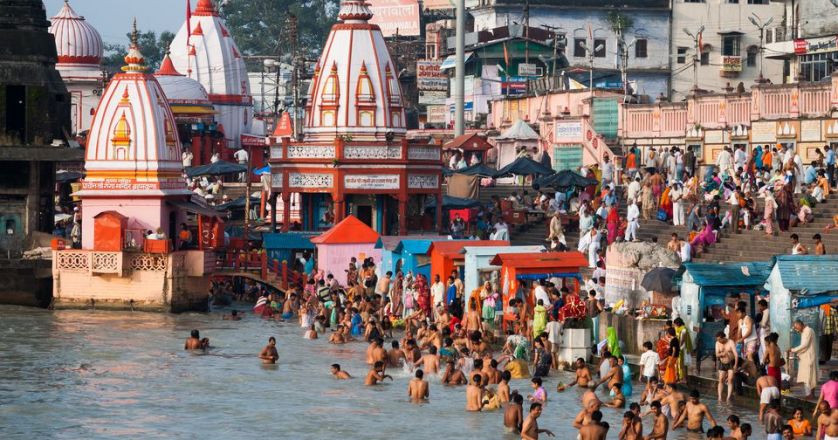 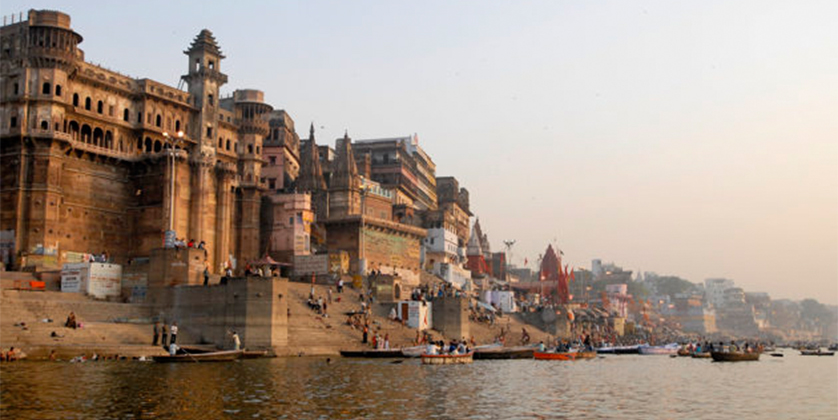 Discover spiritual side of yours - Sacred Chardham yatra 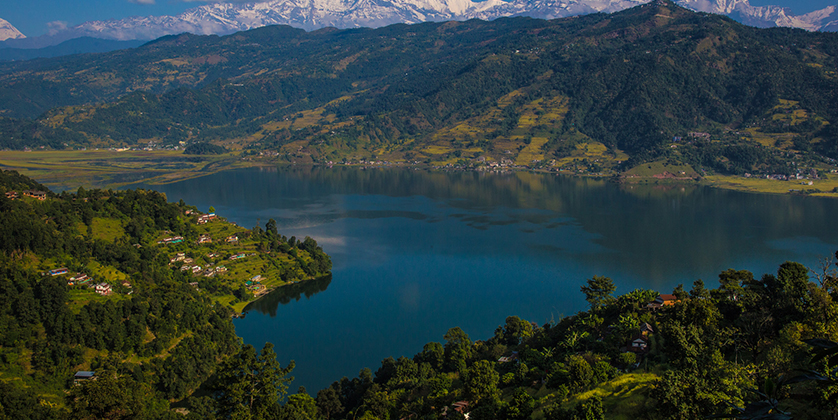 KATHMANDU – POKHARA WITH WILDLIFE of CHITWAN

A tour to Kathmandu - Pokhara with wildlife of Chitwan