The sacred Ganga river is considered to be holy by the Hindu devotees and falls first at Haridwar. Haridwar is a very holy place for the Hindus. It is regarded as one of the seven holiest places according to the Hindu religion. The literal meaning of this place is “Gateway to God” where “Hari” means God and “Dwar” means door. This is also the starting point of many Hindu pilgrimages such as Char Dham Yatra. The credit of bringing Ganga to Haridwar goes to King Bhagirath when he aspired for attaining salvation of his ancestors. After every 12 years, Kumbh Mela is held here. People from all over the world come here to take a dip into the holy river and wash all their sins which helps in attaining Moksha or salvation. 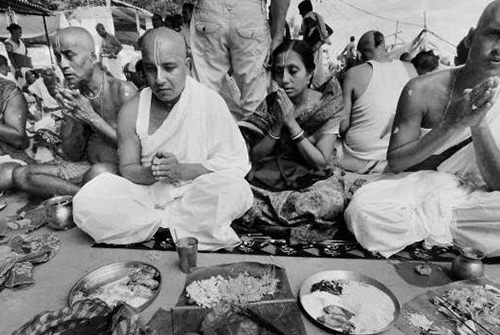 Hindu devotees come to Allahabad to offer Pind in a process of shraadh. In the Hindu religion, the performance of this ritual is considered very important for the salvation of the soul of the deceased family member. It is also a Hindu belief that the spirits of ancestors are always expecting for their living families to conduct Pind Daan through shraadh, and that ancestors bless their families on Earth when satisfied through this ritual that helps them attain moksha or salvation. Allahabad is considered as one of the holy places in India that is a prescribed location for the performance of Pind Daan. Pind Daan is a way to achieve mukti or the freedom from the cycle of life, death, and rebirth. From the time it was first performed by Lord Brahma, the Hindu ritual for the deceased and ancestors has continued. Of utmost importance is the performance of Pind Daan during Ashwin fortnight. The Hindu religious homage for the dearly departed symbolically uses pindwhich is a rounded ball made of rice flour, oats, honey, milk, and sesame seeds. Pinds are offered during the ceremony of which one is specifically offered by Hindu priests to the soul of the deceased. The other balls are offered to others as per the wishes of the family performing the ritual. 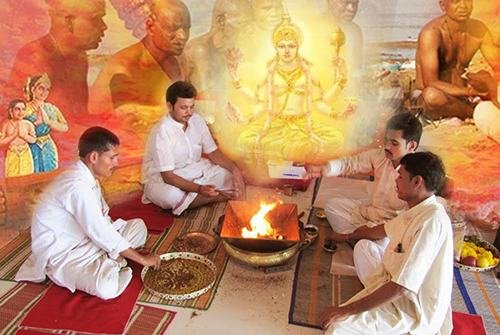 It is believed that the river Ganga possesses the power to wash all kinds of mortal sins and can give Moksha to the soul. According to the Hindu Mythology, the reason behind this power of the sacred river owes to its direction of flow.

It is a firm belief among the Hindus that an individual who dies in Kashi attains Moksha or Salvation. If the AsthiVisarjan of an individual is done at Kashi, the soul attains freedom from the cycle of birth and rebirth. This makes the place crucial for the immersion of the last remains of the dead into the sacred river Ganges. Many people even come to Kashi during the last days of their life, so that they die here and attain salvation. 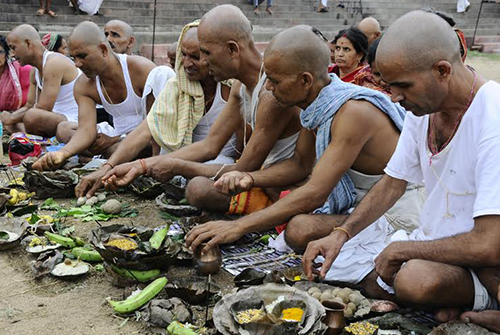 Shraadh is a kind of duty that needs to be performed by the heirs of the deceased person. The ritual if performed according to the ritual mentioned in the Vedas and Granthas, can give the individuals great benefits. We at Pitradev, perform the shraddha according to the procedure mentioned in the Granthas and Vedas. Once the ceremony is done, the soul of the deceased gets relief and all your impediments and obstacles will be eradicated forever. We have knowledgeable priests who can perform the shraddha in a great way and do not charge you excessive amounts. We do not have frauds in our team as we know the importance of such ceremonies and the emotions of the people attached with such ceremonies. We can assure you quality Pooja that is according to our Hindu tradition.